Breaffy under 12s recently took part in an excellent tournament ran by Davitt College. Teams from Parke, Castlebar Mitchells and Ballintubber took part. The lads had a lovely day and played really well.  Breaffy Team 1 and Team 3 got to the Shield Final with Team 3 winning .  Breaffy Team 2 got to the Cup Final losing out to Castlebar Mitchells by a solitary point. Breaffy would like to thank Davitt College for their hospitality and for the great day which was enjoyed by all the young lads. 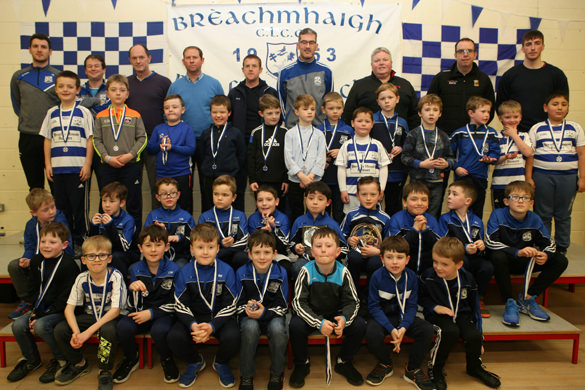