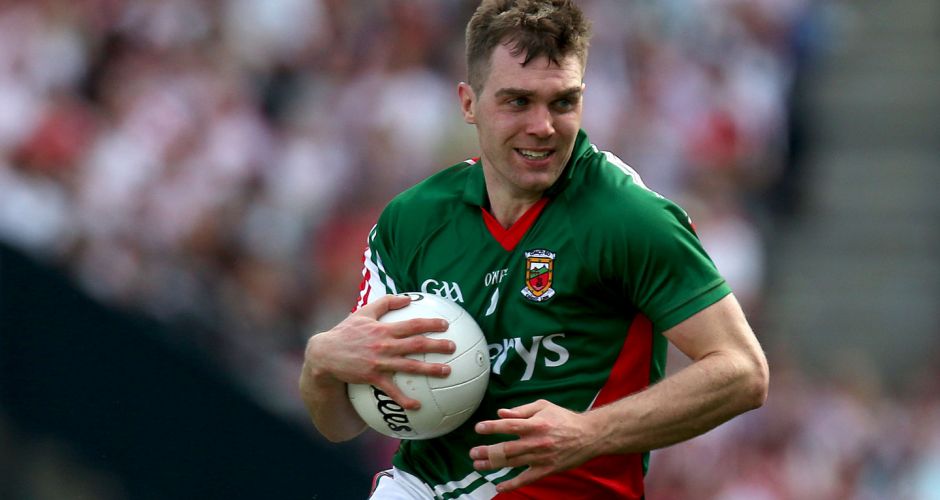 O’Shea couldn’t wait for another chance.

“You spend two or three weeks feeling down about it,” he says. “Ultimately life goes on, you’ve to get on with your life, we’ve jobs to go to, families and that.

“You can’t spend the whole winter crying about it. Football is great, you’re looking forward to getting back to it and drawing a line underneath it.”

This week there will be plenty of reminders of that day in the Gaelic Grounds and the drawn match in Croke Park as Mayo head for Killarney for their league opener on Sunday.

Still, there’s nothing in looking back for Mayo. O’Shea sees no point in dealing with the what-ifs or trading in ideas of revenge.

One simple thought sticks in his head. Mayo are good enough. And watching last year’s All-Ireland final served only to confirm that.

“It didn’t bother me (who won the All-Ireland) one way or the other,” O’Shea reflects. “I couldn’t have cared less.

“I didn’t need Kerry to win the All-Ireland to tell us that we were close and we’re as good as them or as good as any of the top teams. I felt that way anyway. So it didn’t make any difference.”

Horan’s reign ended but the rest of the major characters involved are back in harness including veterans Alan Dillon and Andy Moran. An ambition to finally get over the line keeps pulling them back.

“Alan must be going into his 12th or 13th season and Andy is not far behind him. They have been brilliant footballers for Mayo and they have probably been our most consistent performers over the last seven or eight years,” says O’Shea.

“I’m sure that’s in their thinking as well. The older you get the more you realise that once you walk away from it you can never go back again.

“We haven’t got the job done yet, so it’s very hard to walk away from something when you haven’t achieved your aim.

“You feel a huge responsibility to the players as well. I’ve played with those players for a long time and you feel as though you were letting the side down a bit if you were to finish up at this stage.

“So you kind of get drawn back to it every year.”

Mayo are going in search of a fifth straight provincial title but O’Shea has seen the landscape shift out west.

Roscommon won in Castlebar earlier this month. It was only a Connacht League game but it was the Rossies’ first win there since 1986. Galway too will be a different proposition with Kevin Walsh back home.

“People seem to think we have waltzed out of Connacht in the last few years. I think 2013 was the only year we actually won convincingly. Every other year we had at least one very close game,” says O’Shea.

“Last year we beat Roscommon by a point. In 2011 we beat them by a point or two down there and in 2012 we beat Sligo narrowly. So there have been plenty of tough games there too.

“Roscommon took us last week and they have been going well and they have had a lot of good U21 teams over the last few years so they will be tough.

“Galway have Kevin Walsh in charge and he’s bound to get something out of them.”

Whatever happens in Connacht under the new management of Pat Holmes and Noel Connelly, Mayo will still expect to be in the shake-up by the time August comes around.

Perhaps that expectation is Horan’s greatest legacy. And O’Shea wants to build on it.

“We are worlds apart compared to where we were when he came in first,” he says. “We were a Division 1 team then as well but realistically we weren’t considered a top five or six team.

“But we’ve been in top two or three teams in the country most years since he has been around so he has done unbelievable work for Mayo football. He has left the team in a better place and it’s up to us to continue that.

“Most of the players in the panel would have gone through Pat and Noel at some point, apart from maybe the older guysand would be fairly familiar with them.”

New management, but the mission remains the same.

This interview was originally published on Wednesday, January 14th on Independent.ie Seamie was in conversation with Donncadh Boyle.

Seamus O’Shea: It Would Be Hard to Walk Away was last modified: February 3rd, 2016 by admin
previous post