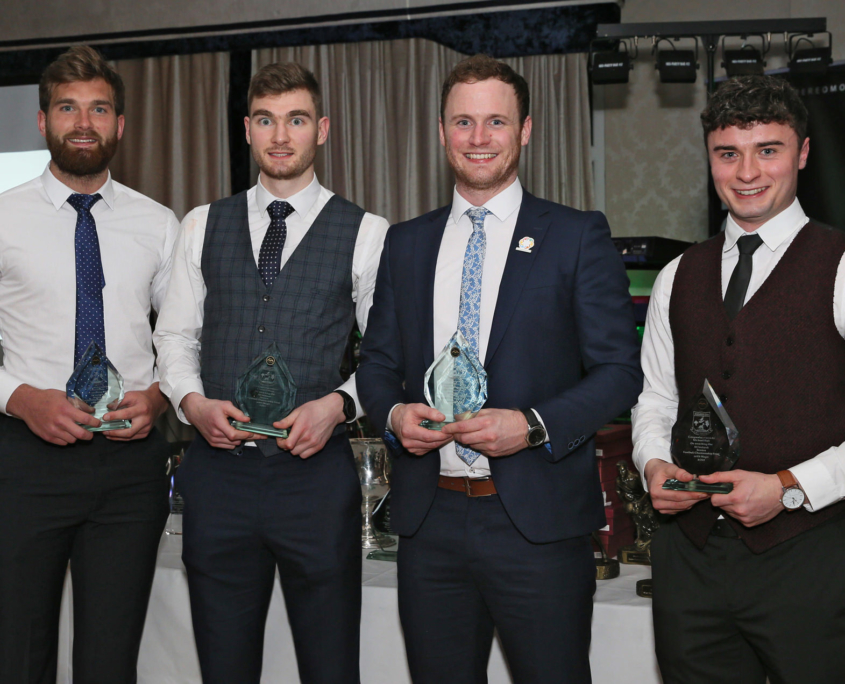 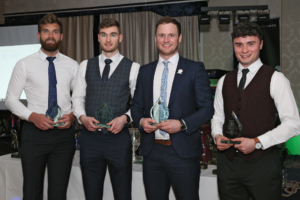 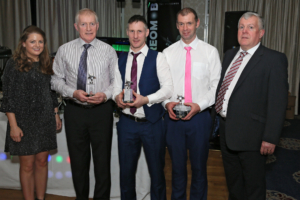 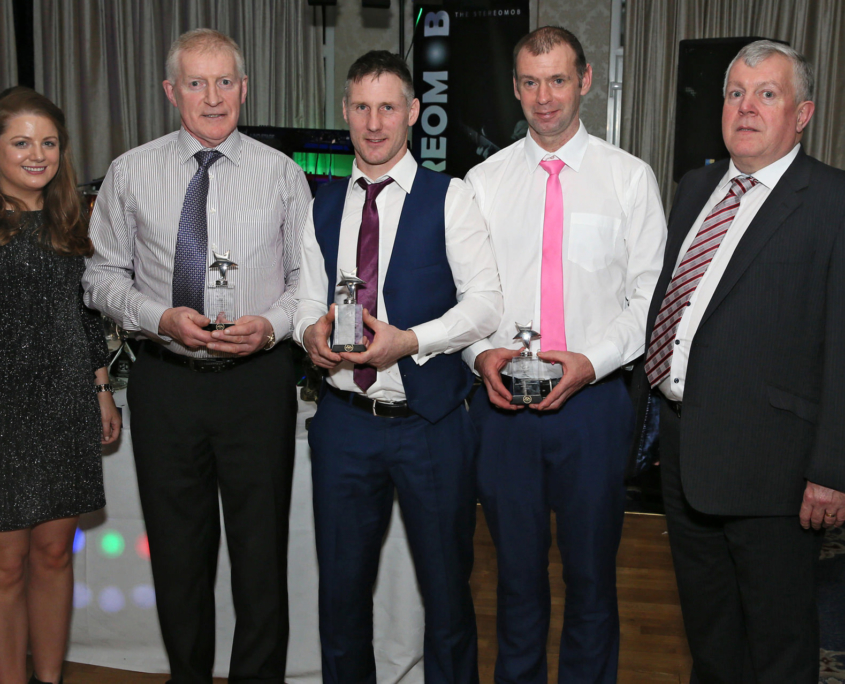 Huge thanks to Edwin McGreal who presented awards to our County Representatives, Eddie Conroy, Gerry Jennings and Pat Tonra at masters level, Seamus O’Shea, Aidan O’Shea, Conor O’Shea, Robert Hennelly and Michael Hall at senior level and the victorious Mayo U21 All Ireland champions Liam Irwin Michael Hall and Matthew Ruane. His citations were supported by fabulous video clips and added to the sense of occasion. 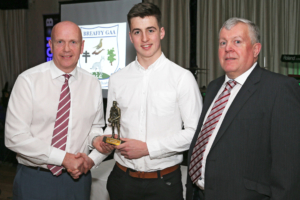 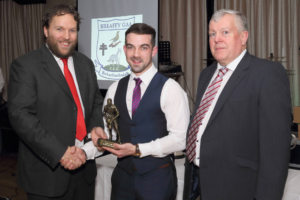 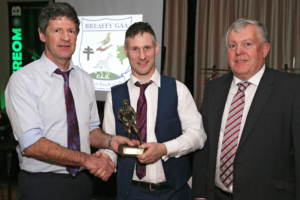 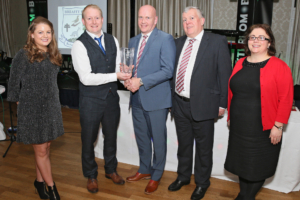 Awards were also presented to Mark Devin and Conor Melly at minor level, Gary Walsh at U21, Ciaran Rice at Junior, Gerry Jennings at senior and our club person of the year was awarded by Gary Canny to Sean Deane, club coaching officer. 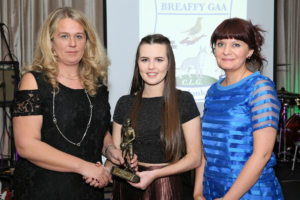 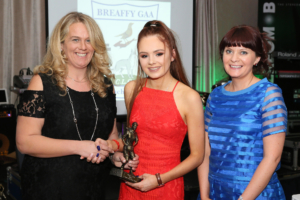 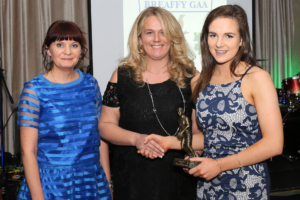 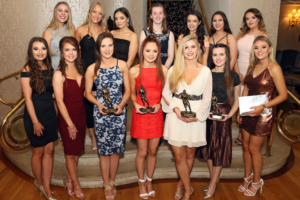 Having the ladies club present added glitz and glamour to the occasion. Niamh Heneghan and Emma Mahon received awards at minor level and Aideen Caulfield and Emma Mulchrone at senior level.
After a fabulous and faultless four course meal, the crowd danced the night away to Stereomob who were joined onstage by County Scor winner Ollie Kennedy. 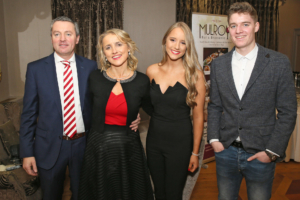 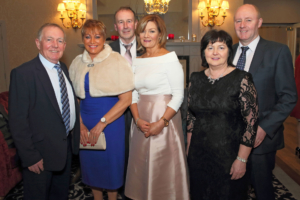 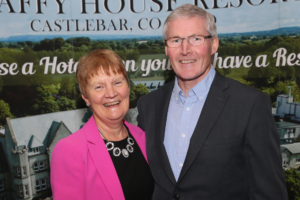 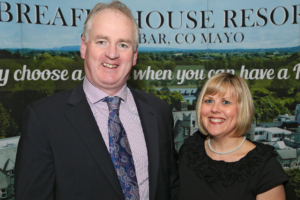 Gerard Bourke represented the county board and Martin Golden, vice chairperson of the west board presented the senior team with their Kelly Cup medals.
Officers Nuala Bourke (Sec), Kevin McGing (Chair) and Lorraine Hall (Treasurer) would like to thank the executive, the community, our generous sponsors and all who attended for making it a wonder night. Photos on the night by the talented Michael Donnelly. 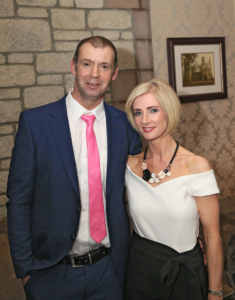 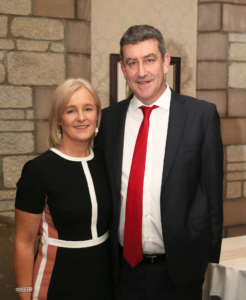 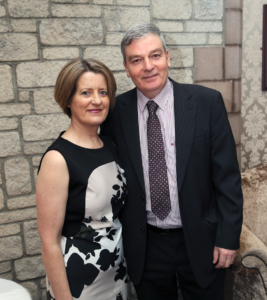 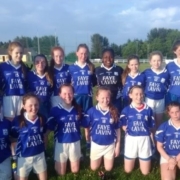 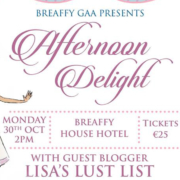 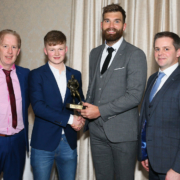 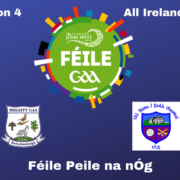 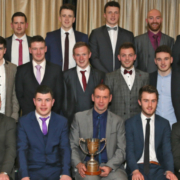 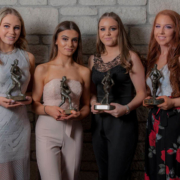 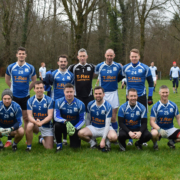 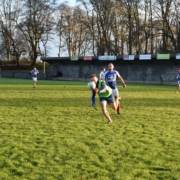